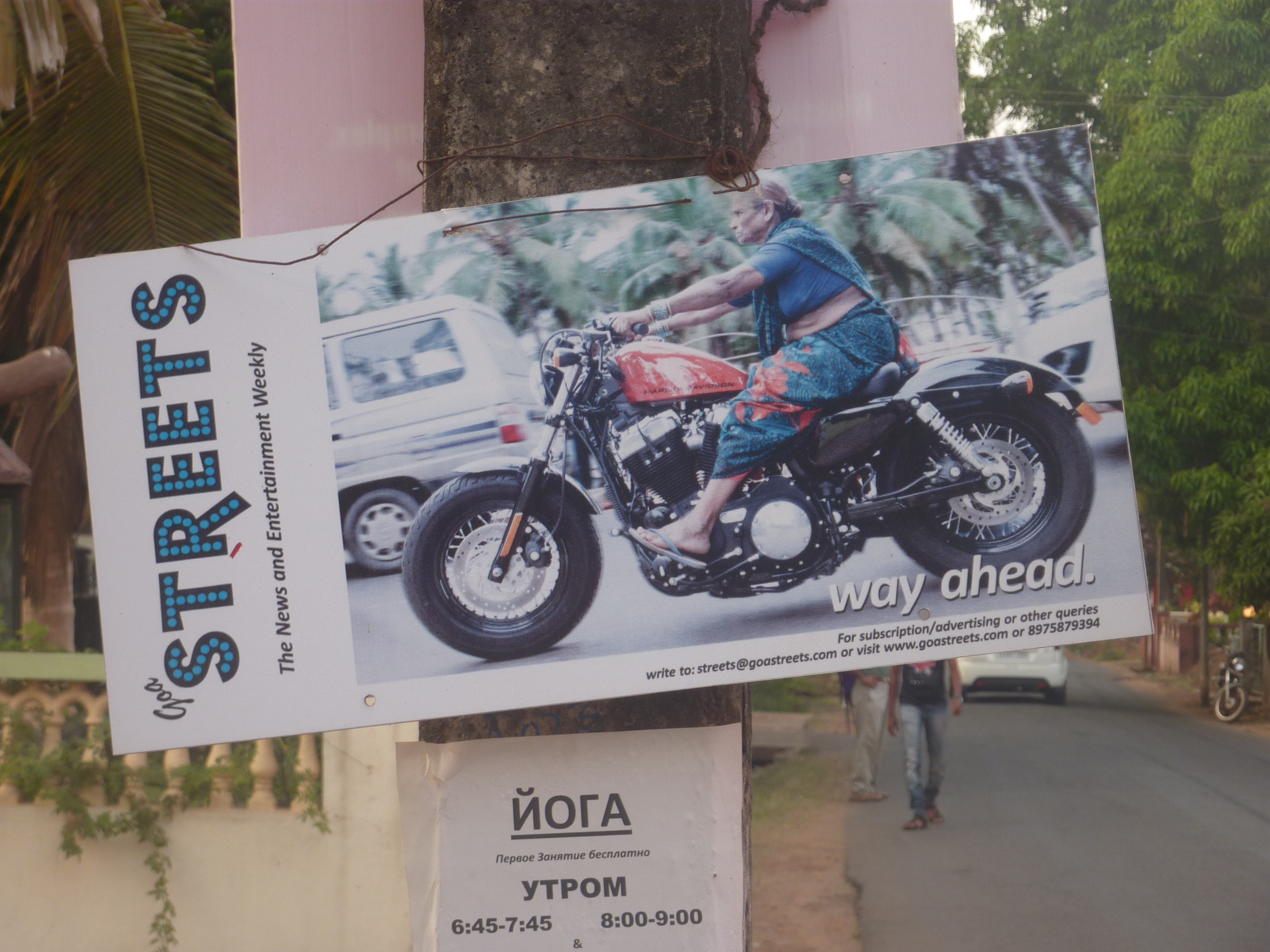 I’m staying in the small resort of Patnem in South Goa. As I return to the hotel one evening, I notice that someone is chucking very large mangoes down from the uppermost branches of a tree into a bedspread that two women are holding by the corners. Their stance isn’t particularly secure, as the pair of them are standing on a mound of gravel into which their feet sink and slide. The aim of the ‘chucker’ isn’t always accurate either, and some of the mangoes go astray, bouncing across the ground. Each one is about the size of a rugby ball, large enough to fell you if they clock you on the head.

I stop to watch. The ‘chucker’ is concealed by the leaves of the tree. ‘Who’s up there?’ I ask. ‘One girl’, says a semi-naked man sitting in a plastic chair, also observing proceedings. ‘One small girl,’ calls one of the women holding the bed cover. ‘Women can do anything. Women can do anything men can do.’ We both eye the man in the chair, whose main responsibility seems to be to nurse his beer belly. ‘And they could do with a lot more respect and power,’ she adds, pointedly

‘What about money?’ I ask. ‘That as well, she says. Women do everything and they can do everything.’ At that moment the chucker sends down a particularly hefty missile. It hurtles into the bedspread with such force that the sheet is wrested from the women’s hands, and they drop their entire cargo. We all laugh. 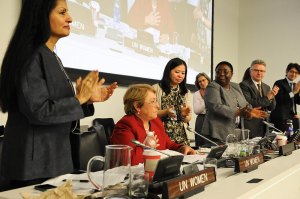 What was that that whizzed past me on ‘Al Jazeera’ a couple of mornings ago? The UN Commission on the Status of Women has just issued a historic declaration about safeguarding women against violence. After much wrangling, 131 nations have signed up. Wow! this is big time. I want to know more.

I scour the BBC’s text-based news service. What a surprise: nothing there. And the couple on the couch are twittering on about nowt, as usual. After some ferreting about this morning, I finally manage to track down something about the contents of the declaration in The ‘Independent’ and in San Francisco ‘Chronicle’. Here’s what the SFC says:

‘The final document approved Friday reaffirms that women and men have the right to enjoy all human rights “on an equal basis,” recommits governments to comprehensive sex education, calls for sexual and reproductive health services such as emergency contraception and safe abortion for victims of violence, and calls on government to criminalize violence against women and punish gender-related killings’.

Importantly, the final text urges all countries “to strongly condemn all forms of violence against women and girls and to refrain from invoking any custom, tradition and religious consideration to avoid their obligations with respect to its elimination.” Good, let’s have that out in the open at last.

Of course, there were a number of defaulters, including Egypt’s ‘Muslim Brotherhood’, Russia, Iran and the Vatican City. Well, quel surprise!

But nobody can deny what an important step this is.

What we, here in Britain, have to ask is whose interests it serves that coverage of such a major development by major TV news channels is so deplorable – er, lacking. Makers of ‘news’ programmes repeatedly favour the ‘one-off’ human interest story over anything that sheds light on the structural inequality in our society. What are the influences upon them that lead them to do that? Only asking.

Unfortunately, the consequence is that if the general public don’t know about their government’s obligations to the UN, then they can’t ask awkward questions about how well it’s fulfilling them, can they? Nor can they assert their own rights. 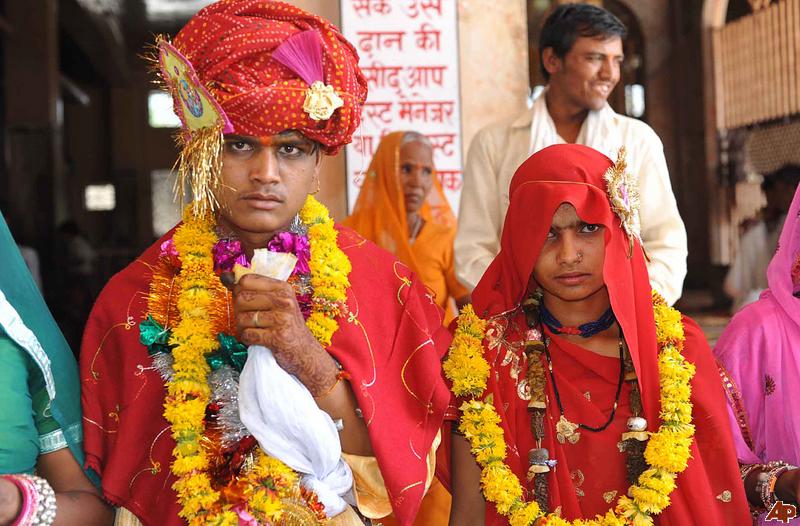 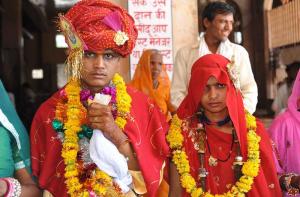 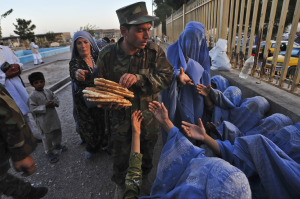 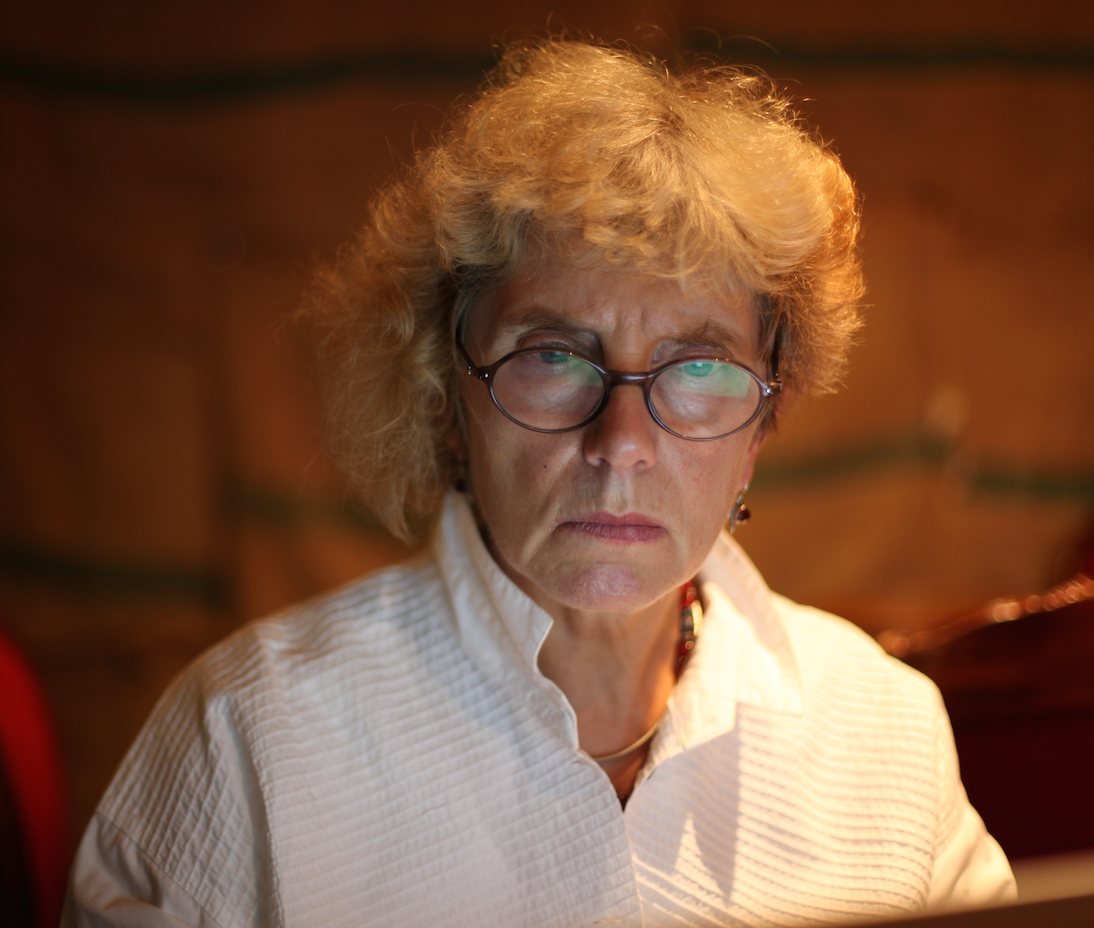 Scanned the television news this morning. Don’t know why I even bother with the annoying BBC ‘Breakfast’, which is nothing but patronising pap. It’s not a news programme, dammit: it’s a magazine programme. Why even pretend? If a magazine programme is what you want, you might as well watch ITV, where at least they understand the conventions.

Anyway, on to Al Jazeera and then Russia Today. Not a SINGLE item to mark International Women’s Day on any of these channels! Plenty on the BBC, though, about the disastrous performance of the English (men’s) cricket team in Australia, as well as an impenetrable and meandering item about the price of a pint of beer in English pubs.

Are those who run these channels and shape these programmes not aware of any of the issues affecting half the world’s population, or do they just not give a damn? Are they completely impervious to any recent events, such as:

the impact of the ‘Arab Spring’ on women’s rights; the turmoil in India over the dreadful gang rape case; Iran’s efforts to reduce the number of women in higher education; the Turkish government’s attempts to curtail women’s reproductive rights; the astonishing incidence of gender-based violence throughout the world; the Malala Yousafzai case; the exploitation of vulnerable young women for sex by groups of unscrupulous men in our own country, and the misogyny endemic in some of our own (academic) institutions and in the minds of many of our young people.

Hundreds of events were scheduled to take place today in London alone to mark IWD, but none of them, apparently, was worthy of mention.

It was an unwise move to downgrade the status of IWD in this country. As current events show, equality may be a bold concept, but it’s not well understood and it’s existence is fragile. Women’s equality with men if/where it exists, is hard-won, and the fight is far from over.

Surely to goodness our TV media can do better – much better – than this – and surely we ought to be requiring them to do so?

Well, I’ve debated this matter at some length, and come to no useful conclusions.
The general consensus is that no writer worth their salt can afford to be without a blog these days. Some eagle-eyed agent or publisher may be watching and may select you from among the throng, flourishing a lucrative multi-book deal contract. Whoopee! Every literary aspirant’s dream. I have even met someone who claimed to be one of these feted creatures. It was like sighting a unicorn.

Personally, I’m of the view that if I’ve got time to write – instead of fixing problems with my IT arrangements, disinfecting the swing-top bin in the kitchen and paying bills – then I ought to be, er, writing.

And don’t expect to see much here about the writing process. My view is that that’s for me to know, and for you not to be aware of. (Like dirty bed linen.) In any case, thinking is more important than writing, and if I’m thinking something profound, shouldn’t I, er, be writing that down?

All this said, today, I felt outraged, so I’m going to give it a go…